GlobVision designed and developed methodologies for the detection of anomalies in telemetry data and for forecasting failures of critical satellite sub-systems. This work focused on the Attitude Control System (ACS) of RADARSAT-1 and included, as part of the health management support solution, the development of a prototype application for satellite operations personnel to perform monitoring of the ACS states and the diagnosis of faults in the ACS components.

Learning methodologies and fault-tree synthesis algorithms were exploited to detect anomalous conditions in the ACS using the telemetry data related to the ACS of RADARSAT-1. First, historical telemetry data were used to build data-driven models of nominal ACS behaviour. Then, the predictions of the models were compared with the observed data to detect and infer anomalies. GlobVision’s multi-disciplinary team of experts and software engineers integrated the various elements of the configuration, management and visualization of the data and fault detection activities into a robust and user-friendly tool for the early detection of ACS failures.

This project was one of the starting points for GlobVision’s future developments, innovations and inventions in the area of health monitoring and fault diagnosis for satellites and other aerial and land vehicles, and in fact, other far ranging applications such as the structural health monitoring of hydropower generation dams and transportation bridges. 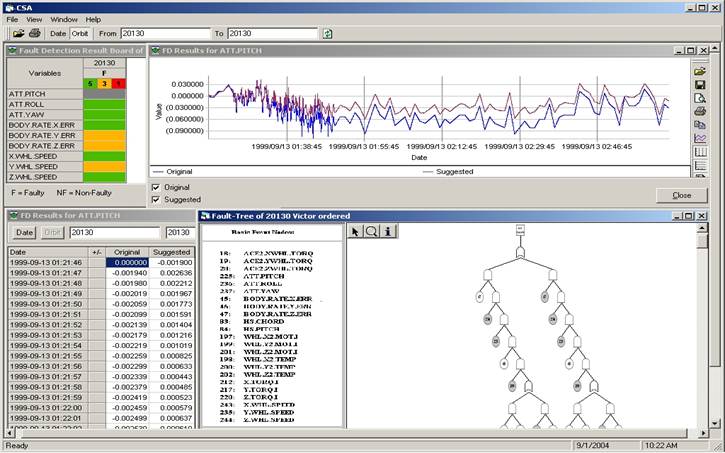